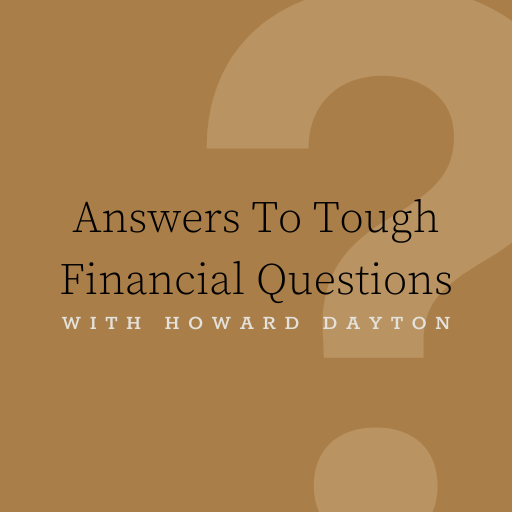 The Bible teaches that we should seek out wise counsel for answers to questions. We’ll be asking some tough financial questions and Howard Dayton will give us his answers.“For by wise guidance you can wage your war, and in abundance of counselors there is victory.” Proverbs 24:6. On this episode, we’ll go through a list of questions Howard has been asked over the years.

Howard Dayton is the author of Your Money Counts and the former host of this program.

Remember, you can call in to ask your questions most days at (800) 525-7000. Also, visit our website at FaithFi.com where you can connect with a FaithFi Coach, join the FaithFi Community, and even download the free FaithFi app.